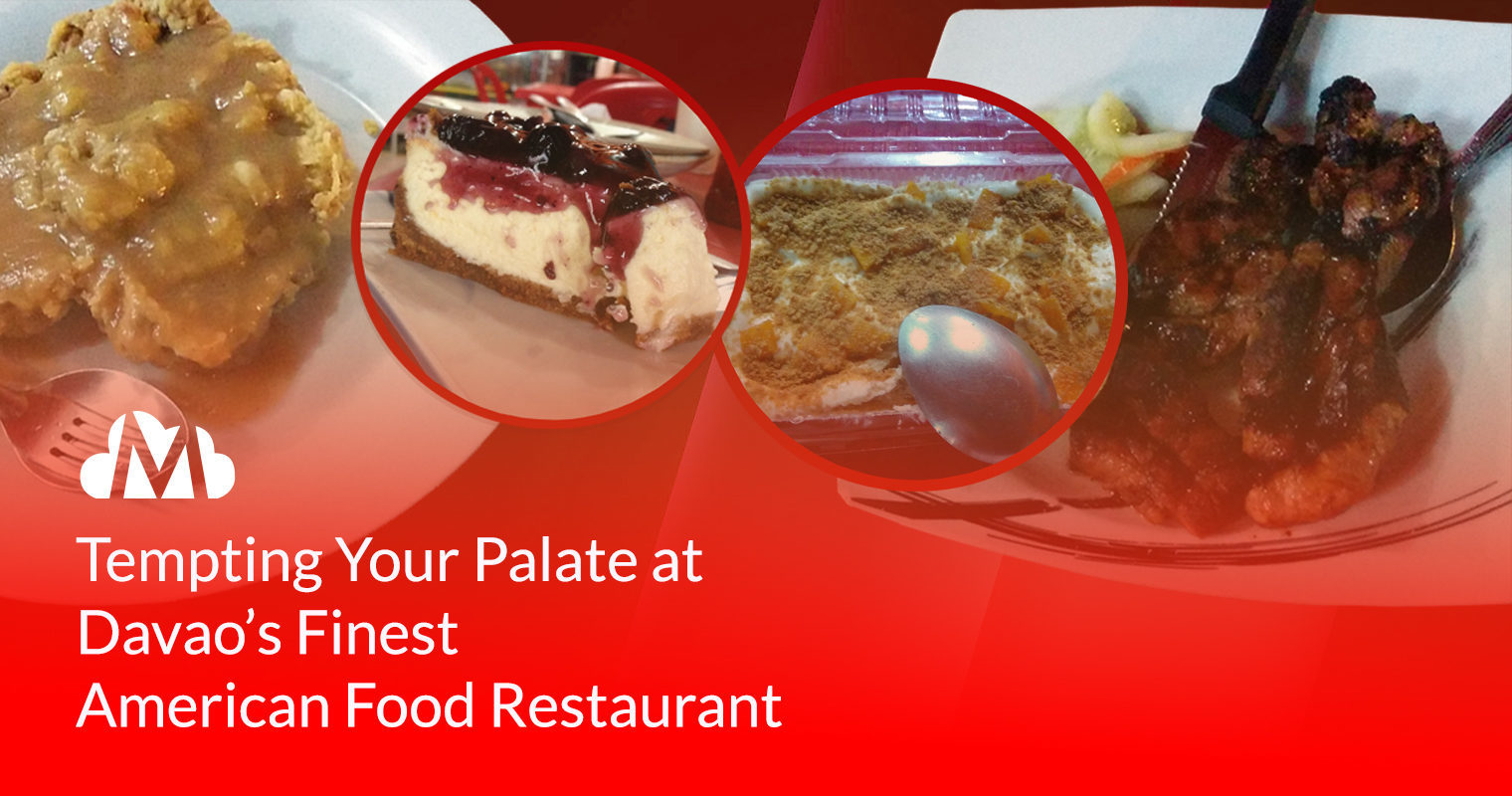 Filipino foods have become so popular that people from all over the world visit the Philippines just to get a taste of our traditional cuisines. Alongside this phenomenon, foreign restaurants proliferated and Filipinos warmly welcomed the menu they offer.

Here in Davao city, we’ll take a look at the ever famous American food restaurant -Harley Boulevard Motor Café – and how it caters to the Filipino palate.

This blog will show some of its scrumptious foods – as what regular customers call “Harley’s” – and how it indulges the Filipino taste buds.

Harley Boulevard Motor Café has been in the food business for eight (8) years. Despite the stringent restaurant competition in the city, the diner remained formidable.

Owned by Joy from Tulunan, North Cotabato and her husband, Sam, they established the restaurant. They combined the American taste and Filipino menu to create a unique twist of Harley’s food recipes.

Harley’s has many qualities which makes the restaurant a go-to choice amongst the students, workers and families. First is its home-made hot sauce. Unlike commercially-produced ones, only a small amount of this sauce is needed to add a mellow spiciness to a food. As what Sam would say, the sauce is a ‘secret chili concoction’.

Of course, Sam himself makes the restaurant a fun place. While customers wait for their order, he personally entertain them with interesting and sometimes funny stories. Also, if you’re lucky, he may even sing for you!

So, are you ready to see some of the meals at Harley’s? Then, keep scrolling for some of its savory delights!

From extra-large cheeseburgers, rice meals and heavenly desserts, this quaint family diner definitely have it! And, take note, these all can fill-in your hungry stomachs at its affordable prices.

When asked about Harley’s fried beef steak, Sam would reply by saying “It’s beef cooked fired chicken style”. This beef steak is topped with home-made gravy, making you ask for more. What’s more, the fried steak is big that it takes up almost the entire space of a plate. You’d definitely get your money’s worth with the huge serving!

At first, you would be think it is just a small serving of barbecued pork. But, upon Harley’s grilled pork steak lives up to its name. It is a big serving of a very tasty grilled pork. Moreover, you can taste its specially-made marinade that removes a pork meat’s pungent smell, leaving only a wonderful blend of aroma and taste.

Cheesecakes are certainly an all-time favourite. Harley’s offers blueberry cheesecakes for as long as it’s available. Served in large portions, one slice is enough to fill you up. Its mild sweet and tangy flavour partnered with the cheesecake’s thick, creamy and rich texture, no wonder this dessert is almost always sold out.

Mango float is a dessert using layers of Graham biscuits, condensed milk, whipped cream and large mango slices. Since it is a very sweet dessert, many restaurants offer it in small portions. But not in Harleys. Served in a large plastic container, it has thick layers of cream in between the graham biscuits. Instead of the usual large mango slices, the mangoes were sliced in smaller chunks, allowing mellow sweet taste in a rich texture.

Harley Boulevard Motor Café has become a well-established restaurant because of its affordable prices and great food. By word of mouth, locals have flocked to this diner and became regular customers. Furthermore, the restaurant is not only known to many Davaoeños, but many foreign nationals, too.

So, take a visit at Harley’s and discover why it is the most sought-after diner in Davao City.

If you are looking for a bubbly and all-in-one flexible gymnast writer, Nieruby Diaz can be your best bet. Apart from flexing her muscles on the ropes, she magnanimously expresses her written thoughts to the industry needs and various customer experiences. She is well deserved and loved by the team for this purpose.